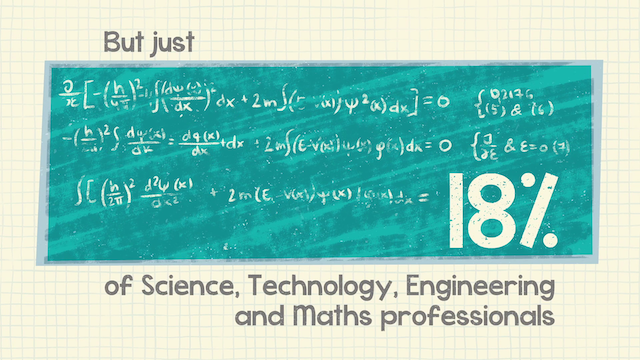 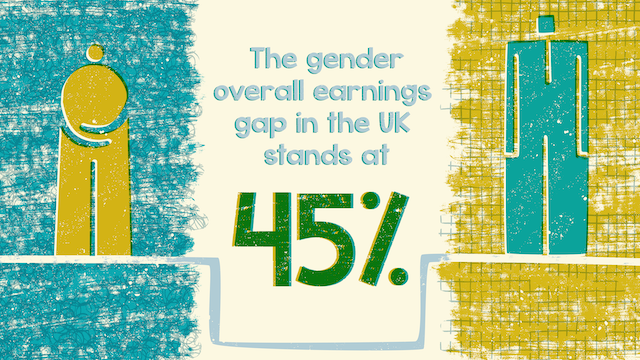 BRIEF
Women still earn less than men in Britain and effectively stop earning relative to men on Equal Pay Day each November. The Fawcett Society wanted a series of animations for its annual #EqualPayDay campaign to engage more people than ever with their message of gender equality.

I was really excited to join forces for this good cause. The main aim was to inform a wider audience about the general gender pay gap issues, but the client also wanted to reach large organizations targeted by the new gender pay gap reporting legislation coming into effect in April 2018 (more about this here).

CREATIVE
The many reasons behind the gender pay gap are incredibly nuanced and are often confused with equal pay. Fawcett asked Golin to create a series of animations illustrating the gender pay gap and its contributing factors. We decided upon 5 short animations specifically for social media, each one to illustrate a key stat or gpg issue.

The main animation represented the 2017 gender pay gap statistic, a core figure on Equal Pay Day. This was followed by four more animations outlining issues surrounding the gender pay gap – women hold the lowest-paid roles, to the issue of ‘boys jobs’ and ‘girls jobs’, how women’s pay is affected by having children and the state of gender pay among ethnic minorities.

Developing the visual style is the most challenging and fun part of the process; I quickly settled for a design-driven animation style with a bold take on illustration and the playful visuals were designed to both support the message and capture the viewer's attention.

The need to close the gap is emphasized through a choice of gender-neutral colours like cyan and mustard yellow. Because gender bias has penetrated deep into our consciousness, I decided using subtle patterns to represent the gender division: a grid pattern like a maths notebook for men and a messy curly pattern for women.

Brush strokes and textures stepped up the minimal design, adding the tactile feel of traditional media. This worked great into animation, giving it a stop motion look.

RESULTS
We may not have won the battle for gender equality just yet, but the animations smashed all expectations and delivered the Fawcett Society’s message loud and clear.

The whole team was delighted to support such a worthwhile campaign. Sam Smethers, chief executive of The Fawcett Society said: “The videos were a massive boost to our Equal Pay Day activity this year.”

CONCLUSION
I fully embraced the creative freedom and developed a contemporary style with a touch of handcrafted elements. The concise topic of each animation allowed me to be playful in the design process and create iconic visuals. On top of that, producing work for a good cause really boosts my satisfaction!