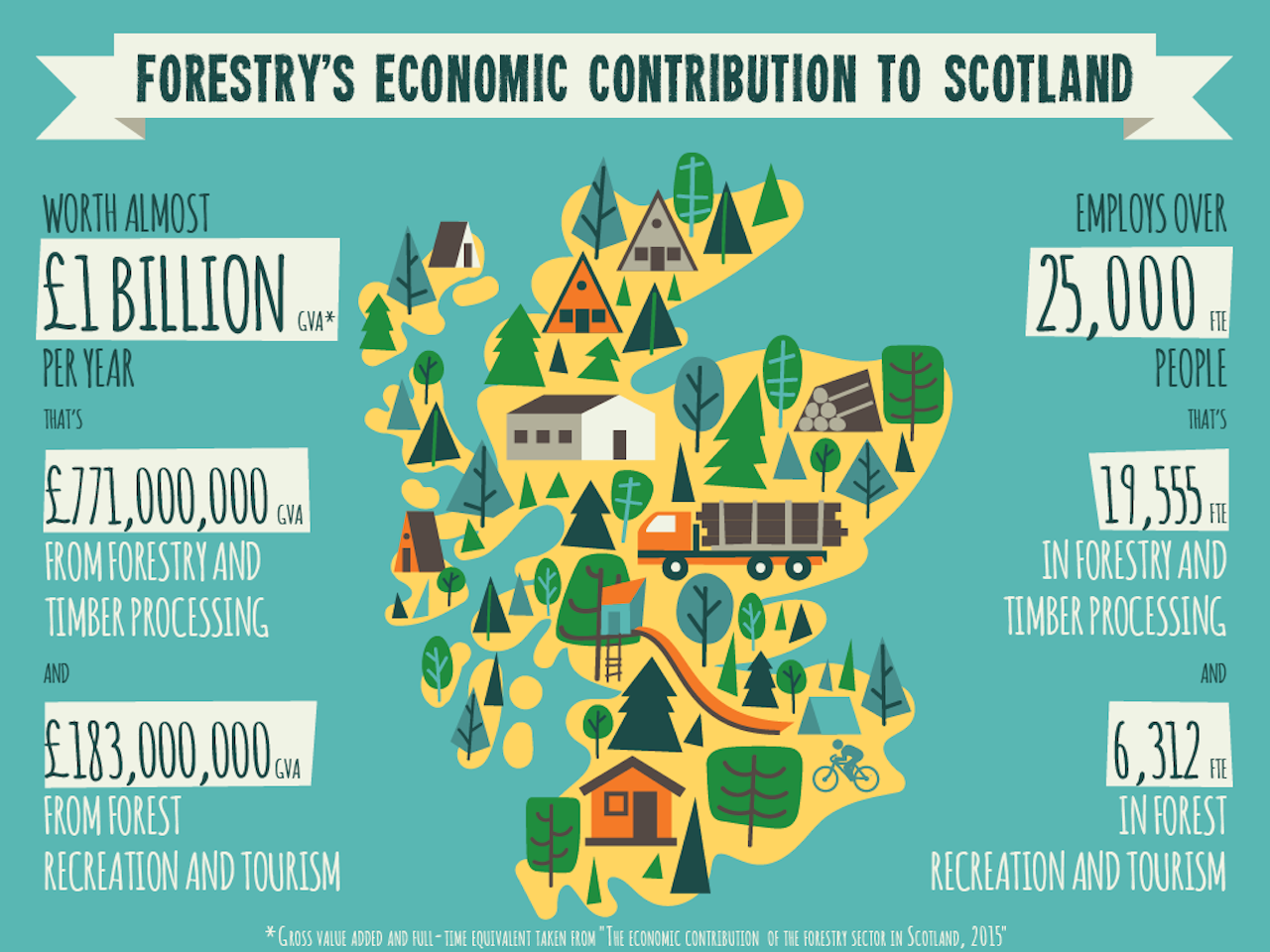 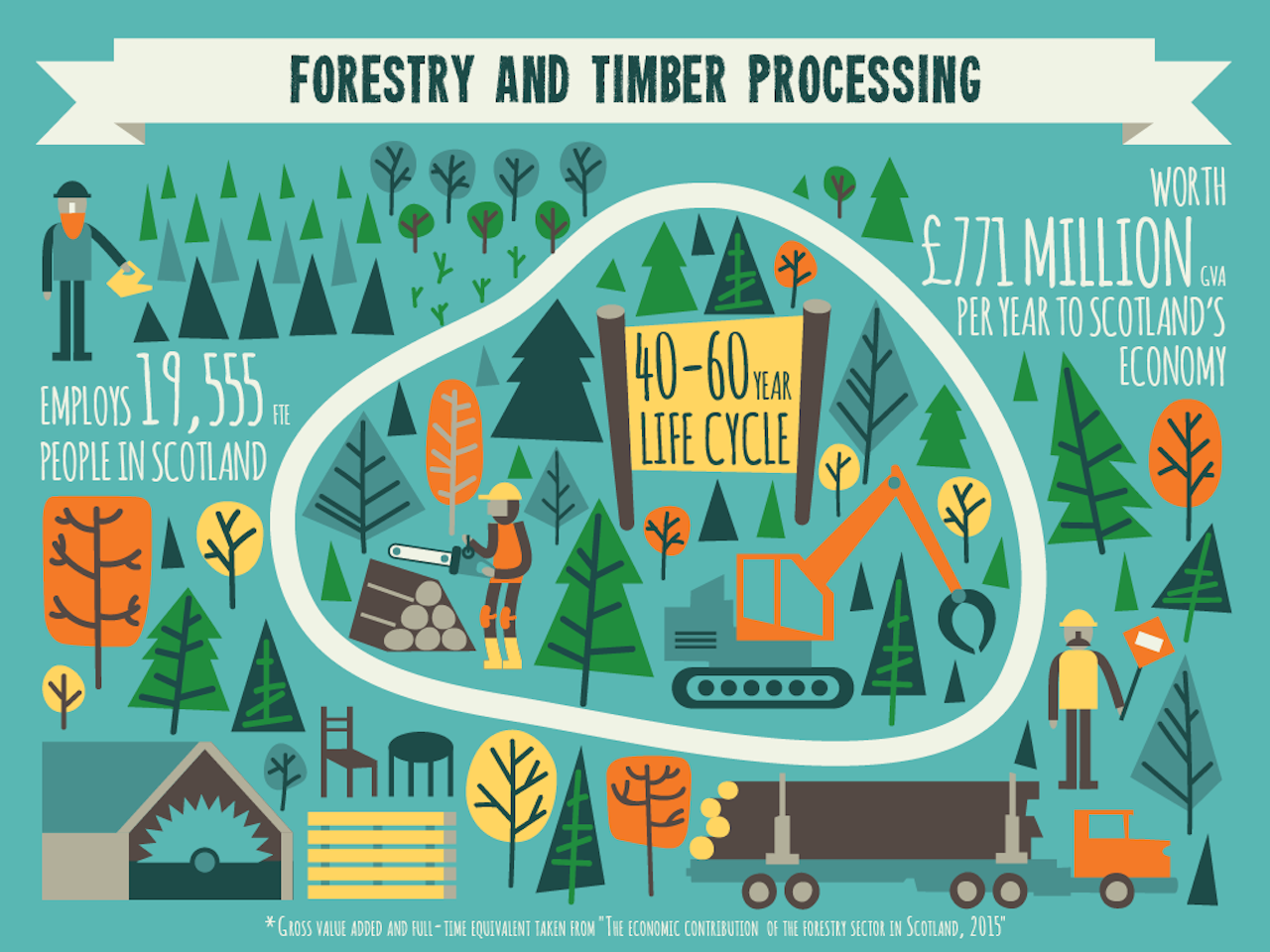 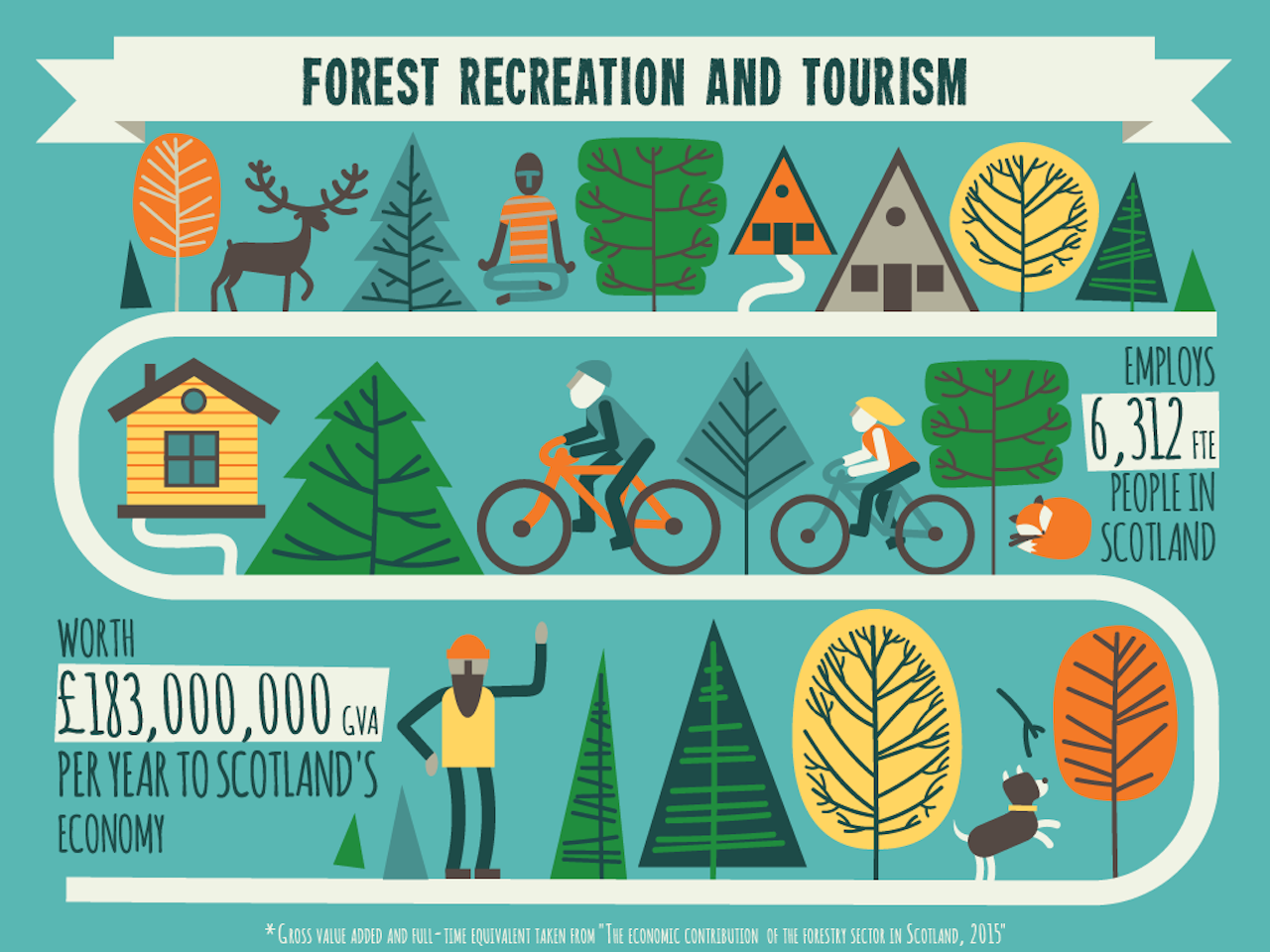 Forestry Commission Scotland commissioned an infographic and an animated explainer as part of the same campaign. Both were aimed to communicate the annual report of the forestry industry in Scotland in an engaging way to a wide audience. More than that,  they wanted to raise awareness about the effort it takes to maintain the woods and their endless benefits.